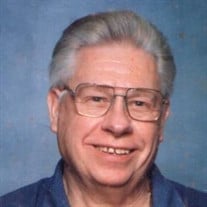 My Dad, Richard Tobiska was a great man; from a great era. He voted every election, paid his taxes, had solid values/morals and was a hard working union man. He was friendly and known to do a bit of teasing. I used to tease him that he would talk to a rock. Richard was born 6/19/37 near Deadwood, SD, home of Black Hills Gold. His parents were Otto and Beth (Clark) Tobiska. His family farmed strawberries in St. Helens, but spent most of my Dads schooling in Empire/Coos Bay. Richard graduated from Marshfield in 1956 and married my lovely mother, Juanita Spangler in 1959, the day of “The Blast” in Roseburg. That day 13,000 lbs. of dynamite blew the windows out of buildings for nine miles including the church my parents were married in; some had even worried the explosion was a nuclear bomb. I, Kim Eason (Tobiska), was born 9 months later. My parents committed to live in Coos Bay throughout my school years. Richard’s trade was Sheet Metal, but he was accomplished in all types of engineering and construction. He did carpentry, metal work, brick and cement work and whatever else it took to build something, He was never idle; if he saw a project he was on it and if he had spare time he created a project. My Dad made sure our family traveled the USA every summer for a month. One year my Dad built a camper, Mom and I helped, and we drove the Alaskan Hwy; back then it was not uncommon to get a flat tire a day. After high school my parents traveled for his work throughout many states, but Alaska was his love. My Dad was most proud of his work on large projects such as the Houston Astrodome, missile sites in Tucson, many large downtown building in Anchorage and work on a military project in Alaska. Richard had a great love for the space program, cars and especially fishing and hunting. He had the opportunity for spectacular fishing, throwing back the “runts” that weighed less than 50 lbs. With my Mom and after she passed in 1999, my Dad now retired, traveled several cruises and was back on the road again across the USA. Recently, Dad lived in the Newport area, close to my family, for the past 7 years and passed away 9/7/18 from heart failure. I would like to thank my husband, Glen Eason and my boys Dylan and Derek Eason, Katie Eason, Jamie McMahon and the Reeves for their love and support with “Grandpa.” Richard was preceded in death by his parents, his brother Allen and his precious wife Juanita. I miss them all dearly.

My Dad, Richard Tobiska was a great man; from a great era. He voted every election, paid his taxes, had solid values/morals and was a hard working union man. He was friendly and known to do a bit of teasing. I used to tease him that he would... View Obituary & Service Information

The family of Richard Elvin Tobiska created this Life Tributes page to make it easy to share your memories.

My Dad, Richard Tobiska was a great man; from a great era. He...