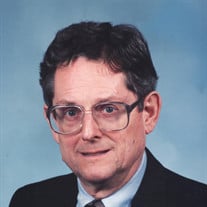 Richard Towey, long-time Corvallis resident and Professor Emeritus at Oregon State University, passed away on February 6, 2017 in Portland. Richard was born on September 22, 1928 in Mount Kisco, New York to William Towey and Anna Rumse Towey. He also lived in Elmsford, NY, where he graduated from Alexander Hamilton High School in 1946. After service in the U.S. Army, he obtained a B.S. in Economics from the University of San Francisco in 1954, followed by an M.S. and Ph.D. in Economics from the University of California, Berkeley, in 1957 and 1967, respectively. In 1954, he married Mary Ann Franusich of San Francisco. For their honeymoon, they travelled across Europe by scooter, from France all the way to Croatia, then part of Yugoslavia. Despite a few spills, they avoided major injury and had the time of their lives, cementing Richard’s love of travel. From 1957 to 1960, he worked as an Assistant Economist for the Federal Reserve Bank of San Francisco. In 1962, Richard and Mary Ann moved to Corvallis when he was hired as an Assistant Professor by the Department of Economics at Oregon State University. During his 31-year career at Oregon State, he taught courses in micro- and macroeconomics as well as his specialty, Money and Banking. He was promoted to Professor in 1974. He was a devoted teacher and early proponent of the use of computers as a classroom teaching aid starting in the late 1970s. He wrote several journal articles in the field of banking, and was a member and/or chair of numerous faculty committees. In 1968-70, not long after the birth of their son John, Richard took a leave of absence from the university and worked for the Federal Deposit Insurance Corporation in Washington, D.C., where he investigated proposed bank mergers. In 1980-81, Richard took a sabbatical for research in Cambridge, England, which was a very enjoyable and memorable year for the whole family. It also allowed Richard to travel to his family’s homeland in Ireland, where he reconnected with long-lost cousins, including one who served him a tall glass of warm beer and an equally tall glass of Irish whisky at ten a.m. It took all of Richard’s tact and politeness to drink as little as possible and leave the cousin’s house on both feet. Tragically Mary Ann passed away in 1988. This was a severe blow to both Richard and John. Richard sought solace in his Catholic faith. In 1990, he married Lorraine Miller, Professor of Nutrition at Oregon State, with whom he shared a passion for travel. They had many good years together until her death in 2006. After his retirement in 1993, Richard was active in St. Mary’s Catholic Church and the Corvallis-Benton County Library, including service on the Library Board. He was also a passionate family historian for ancestral research, travelling widely in the United States, Ireland, Germany and elsewhere in Europe, interviewing distant cousins and researching available church and government records. He is survived by his son John, daughter-in-law Servane, grandchildren Juliet and Liam, all of Portland, by his brother William, of Stockton, CA and by many nieces, nephews and cousins, throughout the United States and Ireland. He is preceded in death by his wife Mary Ann, his second wife Lorraine and his sisters Patricia and Janet. A funeral service will be held at St. Mary’s Catholic Church, 501 NW 25th Street, Corvallis at 1 p.m. on Friday February 17. Please share your thoughts and memories for the family at www.demossdurdan.com.

The family of Richard E. Towey created this Life Tributes page to make it easy to share your memories.