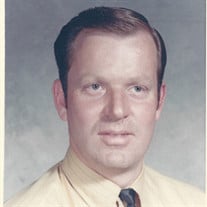 Robert Clinton Obituary: Robert (Bob) Gordon Clinton, born June 26, 1934, in Corvallis, Oregon, passed away peacefully on November 21, 2018. A longtime resident of Albany, he was the son of Riley and Anna Clinton of Corvallis. His father was a professor at Oregon State University and his mother was a high school teacher before staying home to raise their family of four children. Bob served proudly for four years in the United States Air Force and was honorably discharged from Webb Air Force Base in Big Spring, Texas, in 1958. Bob married Rosalinde Nash of Albany, Oregon, on October 30, 1959, in a small church in downtown Albany, and soon after, started a three-plus decade career in elementary education. After several years in California and Newburg, Oregon, they moved back to Albany in 1967 and raised two sons, Ron and Rodger, in North Albany. Bob was a dedicated elementary school teacher who took immense satisfaction at the achievements and academic growth of his students. His teaching career in Albany was spent primarily teaching fifth grade at Central Elementary and Takena Elementary schools. Bob was a member of the Albany Woodpeckers, a civic organization in Albany, and drove the bright red Woodpeckers fire engine at community events and parades. Bob enjoyed spending time with his family, keeping up on national and world events, watching sporting events, and motorcycles. His wife, Rosalinde, passed away in June, 2014, after a 55-year marriage. Bob is survived by his sons Ron and Rodger; daughters-in-law Jennie and Linnette; and granddaughters Emma and Sara. A private viewing was held at DeMoss-Durden Funeral Home with a military honors service at OakLawn Cemetery in Corvallis.

Robert Clinton Obituary: Robert (Bob) Gordon Clinton, born June 26, 1934, in Corvallis, Oregon, passed away peacefully on November 21, 2018. A longtime resident of Albany, he was the son of Riley and Anna Clinton of Corvallis. His father was... View Obituary & Service Information

The family of Robert Gordon Clinton created this Life Tributes page to make it easy to share your memories.