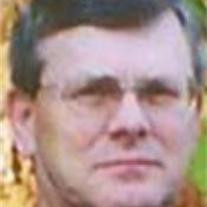 Steve was born in Paducah, Ky. He was the youngest of seven children, with two brothers, Tom and Joe McKinney, and four sisters, Kaye Haas, Phyllis McCutchen Baker, Carol Sue Mathis and Mary Patricia McKinney. Steve was preceded in death by his parents, Emory Dean and Catherine Elizabeth McKinney; and his sister, Mary Patricia. Steve attended St. Mary’s Academy and St. Mary High School in Paducah, and after graduation joined the U.S. Navy. He was at Nuclear Power School in Idaho Falls when he met Donna, who was teaching at Hope Lutheran School. They married and moved to Connecticut, where Steve was assigned to the nuclear submarine the USS Philadelphia. Their son, Matt, was born while they were stationed in Groton, Conn. After the Navy, Steve began working at Palo Verde Nuclear Generating Station outside of Phoenix, Ariz., where he lived and worked for 30 years. Steve, Donna and Matt were able to return to Donna’s hometown of Corvallis in 2008, and Steve began working for Oregon State University, where he was in Facilities and Energy Operations. Steve passed away after a battle with a rare form of lymphoma. He loved camping and outdoor sports, woodworking and tinkering. He could make or fix almost anything. Steve had great pride in a job well done and was always willing to help others at a moment’s notice. We will remember and cherish his loving presence in our lives. A memorial service for both Steve and his father-in-law, Clarence Schmidt (his wife Donna’s father, who passed on Aug. 31), will take place at 3 p.m. Sunday, Sept. 9, at Zion Lutheran Church, 2745 N.W. Harrison Blvd. in Corvallis. Memorial contributions can be made to the Zion Lutheran Church Memorial Fund, the American Cancer Society or a charity of choice.

The family of Robert McKinney created this Life Tributes page to make it easy to share your memories.

Steve was born in Paducah, Ky.
He was the youngest of seven...