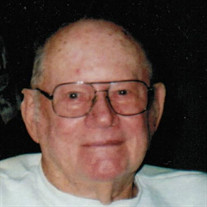 Ronald Wayne Hornibrook, 88, of Corvallis, passed away Monday, September 26, 2016 at Evergreen Hospice after a brief illness. Ron is survived by his devoted wife of 65 years, Ann “Kay” (Havercroft) Hornibrook; two sons, David Wayne Hornibrook and spouse Laura of Portland, Delbert “Del” Hornibrook and spouse Lori Goebel of Albany; daughter, Patti (Hornibrook) Thrall and spouse Ken of Corvallis; sister, Reta Chapman of Eugene; three grandchildren, Kyle, Tyler and Katelynn; as well as many nephews, nieces, relatives and friends. Ron was born in the spring of 1928 in Junction City, Oregon to Raymond and Frances (Adney) Hornibrook, but grew up in Eugene. Ron enlisted with the Marines in 1950 and married Kay Havercroft, also of Eugene, in 1951. After eight years, Ron transferred his military service to the Air Force and served his country in Korea, eventually settling his family in Corvallis where he served as a Radar Specialist at Camp Adair until he retired. After retiring from the military, Ron ran a gas station, repaired small appliances and finally worked for the Corvallis School District in landscape maintenance and food delivery. During his leisure time, he was active in a great many activities. Ron inherited a gardening passion from his mother and kept an attractive yard, enjoying time spent with his John Deere tractor. His love of old cars found him puttering with his 1964 Fords and eventually he purchased a 1930 Ford Coupe and joined the local Model A Club. Ron enjoyed time spent camping and boating, or most outdoor distractions, especially if it was warm and sunny, which directed many of his travel destinations. Time spent with family and neighbors revolved around BBQ’s, board games and puzzles, and perhaps a bit of square dancing or bowling. Ron will be remembered for his passion for Pepsi, his delight of an Arby’s Beef and Cheddar sandwich and his enthusiastic cheering for the Beavers’ sports programs, especially football. A memorial service for Ron will be held Sunday, October 2 at 2pm at DeMoss-Durdan Garden Chapel, 815 NW Buchanan Avenue, Corvallis. In lieu of flowers, Ron might suggest donating to Evergreen Hospice, Senior Dog Rescue, a Veterans program or a charity of your choice.

The family of Ronald Wayne Hornibrook created this Life Tributes page to make it easy to share your memories.