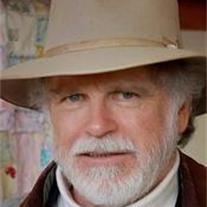 Ronald J. Naasko of Corvallis died of a heart attack at home on Sept. 15. He was 64. Ronald was the third of nine children born to Reino and Tyne (Lammie) Naasko. He was raised on a farm homesteaded by his grandfather, Benjamin Naasko, who emigrated in the 1890s from Finland to Toivola, a small community in Michigan's Upper Peninsula. As a boy, Ronald loved to walk in the deep woods surrounding his home, and swim in the icy waters of nearby Lake Superior. At 19, he was drafted and sworn into the U.S. Army on the 25th anniversary of Pearl Harbor. He served in Vietnam with the 1st Cavalry Division until March 20, 1968, when he stepped on a land mine and lost both of his legs. He never walked or swam again, but lived a full and accomplished life despite his hardship. After the war, Ronald dedicated himself to raising a family. He graduated with a Bachelor of Science degree in business, with honors, from Emporia State University. He worked as an administrator, building parks and playgrounds in Lakewood, Colo., before moving to Corvallis in 1990 and finding his true calling as a teacher. Ronald was a longtime volunteer with local children's organizations. He assisted in preschool classrooms at the Old Mill Center for Children and Families, taught religious education at the Unitarian Universalist Fellowship of Corvallis (UUFC), and tutored students in reading at Mountain View Elementary School. Ronald received numerous awards for his military service, including the Bronze Star Medal, the Air Medal and two Purple Hearts. He was a tireless supporter of veterans, and an active member of a disabled advocacy group, Access Benton County. He was a regular presence on newspaper editorial pages, speaking out in support of both groups. On Memorial Day, Ronald encouraged families to honor the true purpose of the holiday. "Visit the cemetery," Ronald wrote. "Remember someone. Light a candle for peace." He encouraged the same on Veterans Day. Every year at 11 a.m. on Nov. 11, Ronald rolled into the sanctuary of the UUFC, lit a candle for peace, and sat for a moment of silent reflection and remembrance. He started this tradition alone, but more and more people joined him through the years, lighting more and more candles for peace. Family and friends will carry on the ritual without him this year, remembering Ronald - and all of our veterans - with love and gratitude. Ronald is survived by his daughter, Julie (John) Deutscher, and their daughters, Claire and Sara, of Sammamish, Wash.; and his son, Benjamin (Melissa), and their children, Joseph, Raymond, Maria, Elijah, Gregory, John, Isabel, Veronica, Cristina and Sophia, of Aurora, Colo. He is also survived by three brothers and four sisters, Carol Edwards, formerly of Waldport, Marilyn (David) Turcotte of Coeur d'Alene, Idaho, Ray of Toivola, Mich., Russell (Julie) of Kalkaska, Mich., Lois (Stephen) Dooley of Auburn, Wash., Linda (Philip) Durbin of Greer, S.C., and Daniel (Mary) of Tracy, Calif.; and numerous nieces and nephews. He was preceded in death by his brother Richard in 2002. More than 300 people attended a celebration of life service for Ronald on Sept. 19 in Corvallis. Old Mill teachers, staff and friends honored Ronald with a flag dedication ceremony on Oct. 21. Memorial donations can be sent to benefit the children of Old Mill, 1650 S.W. 45th Place, Corvallis, OR 97333, or made online at oldmillcenter.org.

Ronald J. Naasko of Corvallis died of a heart attack at home on Sept. 15. He was 64. Ronald was the third of nine children born to Reino and Tyne (Lammie) Naasko. He was raised on a farm homesteaded by his grandfather, Benjamin Naasko,... View Obituary & Service Information

The family of Ronald Naasko created this Life Tributes page to make it easy to share your memories.

Ronald J. Naasko of Corvallis died of a heart attack at home...