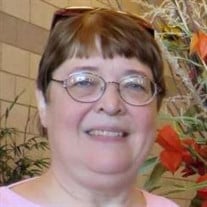 Sept. 21, 1947 – Aug. 2, 2017 Rose Dawn Merrick, 69, passed away from cancer on Aug. 2, 2017, surrounded by family at Conifer House in Corvallis. She was born on Sept. 21, 1947, in Moab, Utah, the first of four children, to Melvin and Wanda (Shields) Westwood. The family lived in Ogden, Utah, then Pullman and Wenatchee, Washington, before moving to Corvallis when she was in the 7th grade. She graduated from Corvallis High School, Class of 1965, with honors. On Sept. 10, 1966, she married her college sweetheart Richard Summers. In August 1970, the young couple was in a tragic car accident near Reedsport, which took Richard's life. On Dec. 23, 1976, she married Bruce Merrick with whom she enjoyed 28 years of marriage, and had two children, Marissa and Brendan. Bruce passed way from cancer on Feb. 22, 2005. Rose lived in Corvallis for much of her life but also lived in Washington, Texas, New Mexico, Colorado and California. She earned a bachelor’s degree in Sociology and Women’s Studies from Oregon State University in 1986. While she was a student, Rose volunteered at the OSU Women’s Center and Services for Students with Disabilities where she was involved with several projects, including financial aid for women in higher education, funding for a handicap access ramp into the Women’s Center building, and an investigative report on the need for University-sponsored child care programs. Prior to her retirement in 2007, she worked as an administrative assistant in various OSU departments and particularly enjoyed working for the Extension Sea Grant program. Rose had an affinity for Native American art and culture, as well as an interest in her Celtic heritage. In recent years, her love of genealogy flourished as she researched all branches of her and her late husband’s family trees gathering family records for more than 20,000 people dating as far back as the 15th century. Rose worked as a loving caregiver to her parents, and will be remembered for her acts of kindness and compassion. She is survived by her father, Melvin; children, Marissa Merrick of Federal Way, Washington and Brendan Merrick of Watertown, South Dakota; siblings, Nancy and her husband Robert Neary of Corvallis, Kathryn Kyriss of Salem, and Robert Westwood and his wife Rebecca of Albany; and many extended family members. She was preceded in death by her husband Richard, her husband Bruce, and her mother Wanda. Cremation services were provided by DeMoss-Durdan. A memorial service will be held at 3 p.m. Sunday, Sept. 17 at the Unitarian Universalist Fellowship Church in Corvallis. Memorial contributions can be made to Heartland Humane Society and Benton Hospice Service.

The family of Rose Dawn Merrick created this Life Tributes page to make it easy to share your memories.