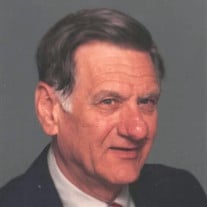 Roswell C Mersereau June 22, 1924 –August 12, 2015 Ross passed away at home in Corvallis, Wednesday August 12th. He was 91 years old. He was born in Kelso, Washington June 22, 1924 to Roswell C and Agnes Swarm Mersereau. His family moved to Portland, Oregon where he grew up, was active in the Boy Scouts and graduated from Franklin High School. He enlisted in the Marines during WWII and served in the South Pacific. He was wounded while on Iwo Jima and received a Purple Heart. After he was discharged from the Marines he attended Oregon State College earning his degree in Education in 1951. He met Marjorie Jean Flitcraft while at OSC and they married in 1948. Ross taught at Springfield High School. He was a founding member of the Springfield Presbyterian Church where he was the Choir Director and Head of Christian Education. He had a home built on Happy Lane in Eugene and worked for Eugene Fruit Growers. Later he returned to Oregon State University to work on his Master’s degree. He was hired to work in the HJ Andrews Experimental Forest in Blue River, Oregon in 1966 where he worked until his retirement. Later he was honored by having Roswell Ridge in HJ Andrews named for him. He enjoyed fishing, hunting and raising his 9 children on the McKenzie River. He and his wife moved back to Corvallis in 1979 and he retired in 1987. Ross will be fondly remembered by his family and friends. He is survived by his nine children: Gary (Kathy), Linda, Jim (Sandy), Claudia Wise (Daniel), Joel (Mary), Judi Shimabuku (Ray), Cheryl Miller, Lisa Endicott, David (Lori), and his 16 grandchildren, 8 great grandchildren and 3 nephews. He was preceded in death by his wife Marjorie, his parents and his brother Bill. A graveside service will be held at Oak Lawn Memorial Park 2245 S.W. Whiteside Dr. Corvallis, Oregon Wednesday August 26, 2015 at 2:00pm. A celebration of his life will follow at The Walnut Community Room, located in the Scott Zimbrick Memorial Fire Station #5, 4950 N.W. Fair Oakes Dr. Corvallis, Oregon

The family of Roswell C. Mersereau created this Life Tributes page to make it easy to share your memories.