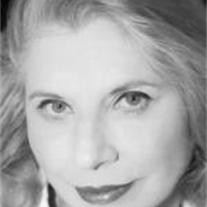 Sarah Elizabeth Hoffman died peacefully in her sleep on Sept. 5, after a long battle with breast cancer that had metastasized to the bones. Sarah was born Joleen Marie Dorr on Aug. 23, 1946, in Amery, Wis., to Joseph and Marie Dorr. She was the oldest of four. The family lived on a dairy farm as part of one of the original dairy cooperatives in Wisconsin. After several years of farming, the family moved to Paradise, Calif., in 1956. Sarah graduated from Paradise High School in 1965, and attended San Francisco State University. While living in the Haight-Ashbury district of San Francisco, she met Machell Bell and had one child. After beginning a life as a single parent, she decided to change the family name in 1971, choosing Sarah as a first name; Elizabeth, a family name; and Hoffman, her mother’s maiden name. Her daughter, named Rachell Marie Bell, became Rachell Bell Hoffman. After many years working for Xerox and then Union Carbide, Sarah returned to school and got a bachelor’s degree in astronomy and geology. She then chose to get a master’s degree, and was accepted to Oregon State University in 1979. As Sarah entered OSU, the first marine hydrothermal vents had recently been discovered by OSU scientists. Sarah joined that research community, and made original contributions to the compelling theory that hydrothermal vents were the setting for the origin of life on earth. This hypothesis remains one of the unsolved mysteries that today guide research on hydrothermal settings. Sarah completed her master of science thesis in 1984; it was focused on the geochemistry of some of the oldest rocks on earth, describing the early environment that she felt was the host of early microbial life. While pursuing a doctorate at the University of Alberta, Canada, Sarah was diagnosed with chronic fatigue syndrome and fibromyalgia. Because of her chronic illness, she was unable to work and continue her research, so she returned to Corvallis. She found a way to stay active in science and marine geology by working from home as a technical editor, research consultant and published scientific writer. She was diagnosed with breast cancer in 1999, and bone cancer in 2004. However, she continued to work and stay active in science, and attended the American Geological Union conference in San Francisco every December. She had hoped to attend this year, which would have been her 25th year at the conference. Sarah’s other interests included singing. While living in San Francisco, she was a member of both the SF Opera Chorus and the SF Symphony Chorus. She was also a member of the Lamplighters, a Gilbert and Sullivan opera group. She continued to sing while attending OSU, and while living in Seattle, Wash., she sang for the Seattle Opera chorus. She also sang with the Edmonton Opera Chorus while attending the University of Alberta. Up until last year, she sang as a member of the First Congregational United Church of Christ choir. Sarah is survived by her daughter, Rachell B. Carlisle; grandchildren Ian and Erin Carlisle of Corvallis; her sisters Debbie Bowers of Sparks, Nev., and Bonnie Smith of Quincy, Calif.; her brother, Richard Dorr of Paradise; and her mother, Marie Dorr of Apache Junction, Ariz. She was preceded in death by her father, Joseph Dorr. A memorial service will take place at 1 p.m. Nov. 6 at the First Congregational Church. A scattering of the ashes ceremony will be held at 11 a.m. Sunday, Nov. 7, at Beverly Beach in Newport.

Sarah Elizabeth Hoffman died peacefully in her sleep on Sept. 5, after a long battle with breast cancer that had metastasized to the bones. Sarah was born Joleen Marie Dorr on Aug. 23, 1946, in Amery, Wis., to Joseph and Marie Dorr. She... View Obituary & Service Information

The family of Sarah Hoffman created this Life Tributes page to make it easy to share your memories.

Sarah Elizabeth Hoffman died peacefully in her sleep on Sept....