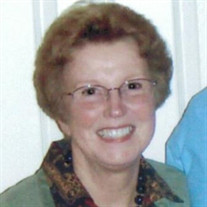 Suzanne’s Obituary Suzanne C. Knopp went home to the loving arms of her Savior on June 12, 2021. She was born on October 4, 1938 to parents Bill and Mildred Gaylord of Portland, Oregon. She graduated with high honors from Jefferson High School in Portland and attended Seattle Pacific College in Seattle, Washington. She met Bill Knopp while both were in their freshman years. They were married in the summer of 1959 and graduated two years later. Suzanne graduated from Seattle Pacific College (now university) with high honors with a bachelor’s degree in Christian Education. She worked for Boy’s and Girl’s Aid society in Portland while Bill was attending Western Seminary. While they lived in Portland, Oregon Stephen Eugene was born and two years later Timothy William was born. In the 1970’s while Bill was pastoring at First Baptist Church in Bend, Oregon, Kristen Elizabeth was born. The family moved to Elmhurst, Illinois in 1976 and resided there until 1995. They returned to Oregon in 1995 to pastor First Baptist Church of Corvallis. Suzanne’s parents are both with the Lord and she is survived by Jerry (Nicki) Gaylord of Damascus, Oregon, Gayle (Mike) Moist of Meridian, Idaho, Doug (Sally) Gaylord of Portland and Greg (Rebecca) Gaylord of Dufur, Oregon. She is also survived by her loving husband, Bill Knopp of Corvallis, Oregon; son, Stephen Eugene Knopp (Diane) of Elmhurst, Illinois; daughter, Kristen Elizabeth Olson (Dave) also of Elmhurst, Illinois; and son, Timothy William Knopp (Melissa) of Bend Oregon; nine grandchildren and two great-grandchildren. Suzanne has invested much of her life in serving her family and leading children’s ministries in the churches where they served. Suzanne and Bill have enjoyed travelling to many countries including three trips to Israel. Suzanne accepted Jesus as her savior as a young girl and has always considered it a great privilege to follow him and serve others in His name. She was a wonderful pastor’s wife, a loving mother and a giving friend to many. A celebration of her life will be held at First Baptist Church in Corvallis, Oregon at 10:00 am on Monday, July 26th. You are invited to come as you are. If you would like to make a donation in her honor make it to First Baptist Church of Corvallis designated to Children’s Ministries. www.demossdurdan.com

Suzanne&#8217;s Obituary Suzanne C. Knopp went home to the loving arms of her Savior on June 12, 2021. She was born on October 4, 1938 to parents Bill and Mildred Gaylord of Portland, Oregon. She graduated with high honors from Jefferson High... View Obituary & Service Information

The family of Suzanne Carol Knopp created this Life Tributes page to make it easy to share your memories.