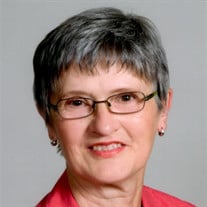 Verlyne Preston Phillips was born May 24, 1941, and raised on a farm in Northeast Nebraska. Her first eight years of school were spent in a one-room country school, and her high school years in Coleridge, Nebraska. She graduated from high school in 1958 and then enrolled in the University of Nebraska. In 1962 she graduated with a degree in medical technology and began working in the clinical laboratory of the Nebraska University Hospital in Omaha. On August 25, 1963, she was married to Wayne H. Phillips. After Wayne graduated from medical school, they moved to Portland, Oregon, where she again worked at the medical school hospital. In 1965 they moved to Iowa City, Iowa, for Wayne’s pathology residency. They moved to Corvallis in 1969, where they raised their children. She was a frequent volunteer at school, church, and in the community. Among the things she enjoyed were dealing with challenging volunteer tasks (often requiring the use of her computer), entertaining at dinner parties, playing bridge, and gatherings with friends. Family, friends and relationships were important to her. She was diagnosed with stage three ovarian cancer in February of 2008, and lived successfully with that disease until recently. During the last years of her life she became actively involved in a campaign to raise funds for a new cancer center. That center is now nearing completion and will soon be open on the Good Samaritan Campus. Verlyne brought a variety of competencies to her many endeavors: a deep well of creativity, meticulous attention to detail, her desire to learn something new with every major project she undertook. She was a genuine collaborator, and her positive attitude brought about the best in those with whom she worked. She will be remembered for her graciousness, her good humor in the face of everything from learning challenging new computer software to living with cancer, and, most of all, her love for and commitment to her family, her many friends, and the community organizations she supported. Verlyne died October 30, 2015, in her home in Corvallis, with family members present. She is survived by her husband, Wayne; her children, Jennifer of Tacoma and Jonathan (wife Arminda and daughter Georgia Scout) of Dublin, Ireland; brother Douglas (wife Ruth) of Randolph, NE, and numerous other family members. A memorial service will be held at First Congregational Church, 4515 SW West Hills Rd, Corvallis, Saturday, December 5th at 3:00 pm. The family requests that funds donated in her memory be directed to the Good Samaritan Hospital Foundation for the Cancer Center or to First Congregational Church.

Verlyne Preston Phillips was born May 24, 1941, and raised on a farm in Northeast Nebraska. Her first eight years of school were spent in a one-room country school, and her high school years in Coleridge, Nebraska. She graduated from high school... View Obituary & Service Information

The family of Verlyne P. Phillips created this Life Tributes page to make it easy to share your memories.