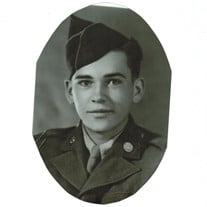 Wallace F. ‘Curly’ Carroll November 1927 — November 2014 Wallace “Curly” Carroll, 87, died Nov. 29, 2014, in Corvallis, as a result of a heart attack. Curly was born in Pendleton to Ross and Edna Carroll. When he was a boy, his family moved to the Pasadena/Long Beach area of California, where he spent his youth and met his future wife, Dolores, while she was working at her family’s café. They were married upon his discharge from the U.S. Army in 1947. Shortly thereafter, they followed his parents and older brother, Ross Jr., back north to Albany, where sons Michael and Richard were born. For many years, Curly and his father and brother owned and operated Carroll and Sons Concrete in the Willamette Valley. After selling the business, Curly worked for a number of years as a concrete construction superintendent for the old Corvallis Sand and Gravel Co. After leaving Corvallis Sand, and several more ventures into the concrete construction business, he finally landed at Corvallis School District 509J, from which he eventually retired as maintenance supervisor. Curly was a hunter; fisherman; go-kart racer; boat builder; devoted husband and caretaker to his wife, Dolores; and the best damn father two boys ever could imagine. Most of all, he was the Boss, bright-eyed and upright to the very end, taking care of business. There are no words to express the depth of loss his family feels. His memory and example will live for generations. Curly is survived by his wife of 67 years, Dolores; sons, Michael (Annette) and Richard (Debra) of Corvallis; brother, Ross of Salem; five grandchildren; seven great-grandchildren; and one great-great-grandchild. He was preceded in death by parents Ross Sr. and Edna Carroll. The family would like to express their heartfelt thanks to the paramedics, Dr. Ledger, nurse Cindy and all the emergency room staff, Corvallis Police Department Officer Mark Smith, and the unknown and unnamed Good Samaritans who tried to revive my father, for their effort and empathy. At Curly’s request, no services will be held. Remembrances can be expressed by a donation to Heartland Humane Society, www.heartlandhumane.org; or a simple toast of your favorite beverage to a really good man. Your thoughts and memories for the family can be shared at www.demossdurdan.com.

The family of Wallace "Curly" Carroll created this Life Tributes page to make it easy to share your memories.