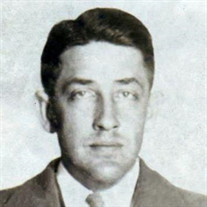 William Floyd Callender, age 89, died Thursday, April 28, 2016 at his Corvallis home. Bill was born April 2, 1927 at Port Meches, Texas to Pearlie Badon Callender and Nevada Martin Callender. He graduated from South Park High School in Beaumont, Texas in 1944; then graduated from Massachusetts institute of Technology in 1951 with a BS in Naval Architecture and Marine engineering. In 1957 he married his beloved Miyoko in Tokyo, Japan. While based in Houston, Texas, Bill worked as a naval architect and marine engineer in shipyards and as an independent contractor on projects all over the world. His final years before retirement were spent on Governors Island in New York City working as a Senior Engineer with the US Coast Guard Maintenance Logistics Command, Atlantic. In 2005, Bill and Miyoko moved from Houston to Philomath, Oregon to be near their son and family. Bill enjoyed music, especially the Corvallis Community Band. He is preceded in death by his parents, two brothers and a sister. Bill is survived by his wife, Miyoko; daughter, Catherine Sauls (Rolfe) of Thornton, Colorado; son, Bill Callender (Mary) of Philomath, Oregon; grandchildren, Noah and Luke Sauls; Emma and Sam Callender. There will be no services. If desired, memorial contributions in Bill’s honor may be made to the Corvallis Community Band, c/o Debbie Hackleman, 39125 Military Road, Monmouth OR 97361 or a local community band of your choice. Please share your thoughts and memories for the family at www.demossdurdan.com

The family of William Callender created this Life Tributes page to make it easy to share your memories.