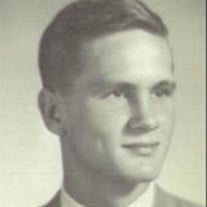 William Edward Fiegenbaum III (Ed) Jan 12, 1947 - Jun 2, 2021 Ed Fiegenbaum, 74, died at his home in Corvallis, Oregon from complications of congestive heart failure. He had been battling major cardiovascular and kidney problems for many years. Ed spent the majority of his career as a school psychologist with Portland Public Schools, serving as the head of the Home and Hospital program. Born in Lebanon, Oregon, his parents William and Alice Fiegenbaum and his sister Susan were a military family who were assigned to a variety of locations following William's service in World War II. Ed's father, William Edward II, served in Army Counterintelligence in Germany in the early 1950s. The family returned to the U.S. and they eventually settled in Albany, where Ed spent most of his childhood. After graduating from Albany Union High School in 1965, Ed attended the University of Oregon where he earned Bachelor and Master degrees in psychology. He then moved to the University of Utah where he received a PhD in educational psychology in 1975. During this time, Ed also spent numerous summers with his Uncle Larry and Aunt Dorothy Steffgen building their house near at Eagle Lake, California. Ed maintained a variety of interests over the years, including being an avid golfer, tennis player, world traveler, wine enthusiast, and bird watcher. His enthusiasm for UO athletics was in a category of its own. Following his retirement from PPS, he enjoyed some success at flipping real estate, but eventually decided it was more of a young person's game and spent his remaining years pursuing his interests with friends and family in the Portland area and Corvallis. Ed is survived by his aunt Dorothy Steffgen of Woodland, California; sister Susan Salveson of Corvallis; brothers Michael of Wilsonville, Martin of The Dalles, Patrick of Portland, and John of Beaverton. Disposition was by cremation, arrangements handled by DeMoss-Durdan Funeral Home of Corvallis. Share condolences at www.demossdurdan.com A Celebration of Life is scheduled 1-3 pm for Friday, July 30 at Springhill Cellars Winery (www.springhillcellarswinery.com) in Albany OR, 2920 NW Scenic Drive, 97321.

The family of William Edward Fiegenbaum created this Life Tributes page to make it easy to share your memories.