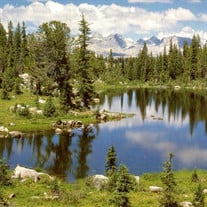 William Edwin “Bill” Smith August 29, 1933 to April 2, 2021 Dad was born in Post Falls, Idaho to Fred Barry Smith and Mary Campbell Ness. He had fond memories of his early years with his grandmother Ness helping out in the home. When he was 14 his mother abandoned him and his younger siblings. They were taken in by Lillian Ballard and Clarence Mays, who lived near Wren. The younger children went to the Children’s Farm Home after a few years but Dad would run for the hills anytime he saw an official car come onto the Farm looking for him. He remained with Clarence and Lillian and those were his golden years. While driving school bus, a young rider, named Carol Moser, became smitten with him and she pursued him until they were married in 1961. They had two children, Timothy William in 1968 and Melanie Alvina in 1970. Bill worked on the farm, drove school bus, Corvallis City Bus, spent a summer at Diamond, Oregon working for Rex Clemens, drove log truck for Pat Brown, ran the chipper at the Willamette Industries veneer plant until it closed and then worked at Peak Lumber Sales in Philomath until retiring. His family was most important to him and he dedicated his life to them. He liked fishing, camping and woodworking. His wife Carol died in 1998 and he spent the last 22 years visiting his brothers and family, making trips to Wyoming to visit his daughter and Grandchildren. In 2006 his grandson Thomas was born and he said he was glad I finally had a kid! He thoroughly enjoyed the time spent with Thomas. He spent a year living with Tim and his family and then two years ago went to live at Loving Our Seniors Adult Foster care in Corvallis. He was loved by the caregivers and he loved them back. He received excellent care there and mostly stayed out of trouble! We cannot thank them enough. After suffering a stroke on March 31st he quickly faded and died April 2nd with his son and caregivers by his side. He was preceded in death by both his biological parents, foster parents Clarence Mays and Lillian Ballard, wife Carol, brothers Fred, James, and Lawrence and sister Jean. He is survived by his son Tim (Lisle), daughter Melanie, grandchildren Elizabeth, Jeffrey, Jessica, and Thomas and great grandchildren Cody, Tylee, and Oakley. He is also survived by his brother John Dave (Jack) Smith, Sisters Nancy King and Elizabeth Heuston. He never missed a chance to talk or tell a story. He will be missed by all. Condolences may be mailed to Tim Smith, 930 SE Richland Ave, Corvallis, 97333.Final arrangements were handled by Demoss-Durdan Funeral Home.

William Edwin &#8220;Bill&#8221; Smith August 29, 1933 to April 2, 2021 Dad was born in Post Falls, Idaho to Fred Barry Smith and Mary Campbell Ness. He had fond memories of his early years with his grandmother Ness helping out in the home. When... View Obituary & Service Information

The family of William Edwin Smith created this Life Tributes page to make it easy to share your memories.