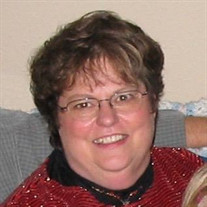 Zoe Anne Bridges Silbernagel was born in Tillamook, Oregon, August 14, 1947, to Sam and Bernice Bridges. Died in Corvallis, Oregon, on March 15, 2021 at Willamette Springs Memory Care where she resided the past three years. As a small baby, she and her parents lived in Oceanside, with three brothers and a sister, while their parents operated a grocery store they owned in Bay City. As a young child, her family then moved to Lyons, Oregon where they owned a propane gas company that delivered propane to customers up and down the North Santiam Valley. A month-long hospital stay for 3rd degree burns was the result of a house fire in 1953 when she was six years old. Two brothers and her father were also seriously burned, requiring lengthy hospital stays and later skin grafts. The fire was instrumental in the establishment of the first volunteer fire station in Lyons during the 1950’s. Her family moved to Florence, Oregon in 1959, where they owned and operated a motel near the center of town. A year later, they moved to Salem, Oregon to open Bridges Marina along the Willamette River. She graduated from Sacred Heart Academy High School in 1965, then continued at Salem Tech/Vocational (now Chemeketa) Community College, graduating as a licensed dental x-ray technician and assistant in 1966. She married Glen Silbernagel at St. Vincent’s Catholic Church in Salem in 1966. They moved to Stayton, Oregon where she worked for dentist Dr. Kenneth Horn for many years. She and Glen welcomed the birth of their first son in 1968. Shortly before their second son was born in 1969, the family moved to Corvallis, where Glen joined the engineering firm, CH2M. Three more sons arrived, and she was a stay-at-home mom until they began school. She was hired as attendance secretary at Western View Middle School in 1986. A change to Corvallis High School’s (CHS) Counseling Center, as registrar, became her job choice in 1988. She really enjoyed chaperoning the high school choirs on several field trips. Catering to the needs of CHS’ students and staff was her love for the next 20 years before retiring in 2008. Her greatest passion was singing. She enjoyed singing solos for events and in vocal groups. The beautiful harmony of song was music to her ears. Being a mother to five sons and eventually eleven grandchildren were blessings that she treasured above all else. Time spent with family was her greatest joy. Those times included camping and family events. She also enjoyed crafting, sewing and making picture books featuring special occasions and travels to Austria, Alaska, Mexico, and many islands of Hawaii. She was an ever-faithful CHS Spartan fan, watching sporting events when her children and grandkids participated. She enthusiastically supported the OSU Beavers, win or lose. Zoe is survived by her loving husband and helpmate, Glen; five wonderful sons Doug (Lisa), Todd, Randy (Kristin), and twins Chad (Marci) and Jason (Liz); four grandsons; Peyton, Hayden, Cooper, and Deegan; seven granddaughters Megan, Lindsey, Taylor, Isabella, Gianna, Leah, and Haley; three brothers Dee (Frances), John, and Bud (Jeanne) Bridges; sisters-in-law Arnolda Silbernagel, and Darlene Adams; brother-in-law Alan Silbernagel, many nieces, nephews, and numerous great nieces and nephews. She was predeceased by her parents; sister and brother-in-law Pauline and Truman Tibbits; sister-in-law Dona; brothers-in-law Ron Silbernagel and Jerry Adams; and sister-in-law Ruth Silbernagel. The memorial mass will be held at 11:00 am on Friday, April 23rd at St. Mary’s Catholic Church in Corvallis. The recitation of the Rosary will be at 10:30 a.m. Due to covid restrictions, there will be no reception following the Mass. Special thank you to Serenity Hospice for their kind and compassionate care. If desired, donations can be made to the Corvallis Public Schools Foundation (www.cpsfoundation.org) to benefit the CHS Athletic Departments or Breast Cancer Research Foundation (www.bcrf.org). DeMoss-Durdan is handling service arrangements.

Zoe Anne Bridges Silbernagel was born in Tillamook, Oregon, August 14, 1947, to Sam and Bernice Bridges. Died in Corvallis, Oregon, on March 15, 2021 at Willamette Springs Memory Care where she resided the past three years. As a small baby,... View Obituary & Service Information

The family of Zoe Anne Silbernagel created this Life Tributes page to make it easy to share your memories.